BotWars is a free to play online multiplayer game where users can create a bot/robot within their chosen programming langue – Once created users upload their bots to the website, where they will be automatically entered into an arena to determine an ultimate victor.

What is an arena?

An arena will be a pre-defined grid of 16 x 16 squares, each square will be given one of the three following states, each state will have unique functionality: 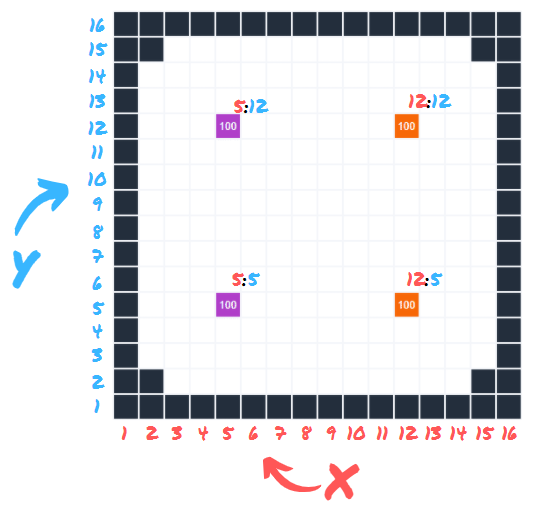 What is a Game?

A game is where two players are entered into an arena to determine a winner; a game will consist of 100 turns where a player’s code may interface with their robots, and a 0 initial turn where the arena is created.